India is a melting pot of cultures and experiences, a quality which conjointly bleeds out onto our everyday lives and what we do. Obviously, with all the craziness and fervor in our country, our surroundings had to mirror the people we are. Some of these places are man-made, while some have been naturally around since time immemorial, but all of them are guaranteed to give you a thrill. Here are 5 places in India where you must carry oxygen can: 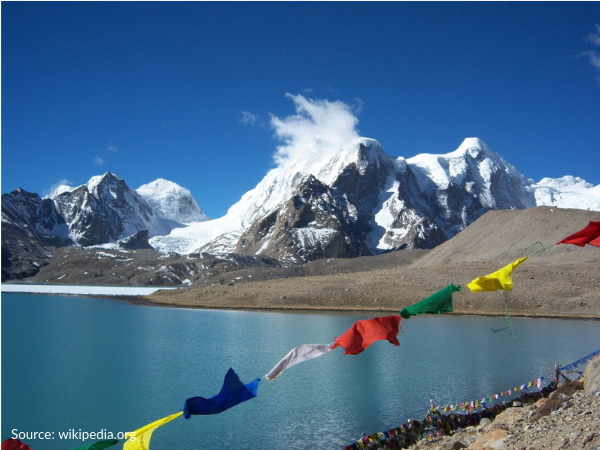 Ice-capped mountains, a valley of flowers, curvy roads, lush valley’s, highest lakes of India, with countless waterfalls, pristine white sparkling water gushing in rivers, and localities always willing to serve and assist you with a smile; that’s what a visit to Gurudongmar Lake offers. What else could you ask for your dream destination?!

It is one of the highest lakes in Asia. To visit Gurudongmar prior permissions are required. The oxygen levels here are very low and every step to the lake can leave you panting. Also, it is not recommended to stay there for long because the lack of oxygen can cause some serious illness. 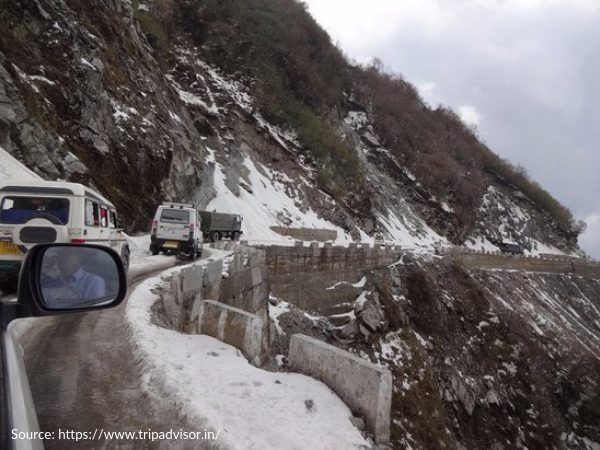 Situated at an altitude of 14,140 feet and 56kms from Gangtok, Nathula Pass was the spot via which the prominent Silk Route used to operate until 1962 between India and Tibet. Lines of mules used to carry gold, silk, and various other items from Tibet to India and take daily essentials back to Tibet. The route in Tibet goes down the Chumbi Valley to Yathung, a place about 30kms away which once used to be a major trading township (no longer so). In fact on a pellucid day, you might see this route winding down the valley. If you closely observe the eastern horizon, you can see the magnificent peak of Chomolhari of Bhutan.

As a tourist you can visit the border trade market at Sherathang. Close to Sherathang is another place called Kupup which mostly remains covered with clouds. It has the second highest golf links in the world. Among other things in Kupup, you will find the Gnathang Monastery and Gnathang War Memorial which was built in memory of the British soldiers who died in a war with Tibet in 1800s.

On the way to Nathula, you’ll come across a place called Thegu which has an ATM. This is the highest altitude ATM in the world. It operates with a generator and a special fuel that doesn’t freeze in such high altitude. You can withdraw money or just check your balance & take the slip as a souvenir.

Because of the high altitude at Nathula, the oxygen level in the air is fairly low. Few (adults and/or children) might face breathing problems at Nathula. If you’ve already got breathing or other health problems, you should consult a doctor before a visit. 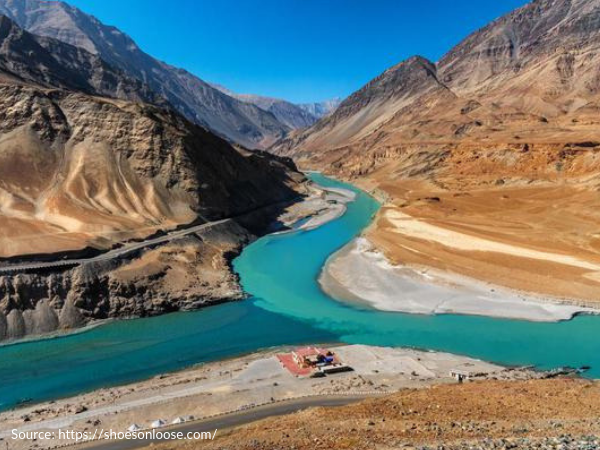 Leh Ladakh is situated at an extremely high altitude, which makes the air in this region extremely thin. This often makes it difficult for people new to the region to breathe or even sleep normally. In fact, many people even feel a sense of unease and suffocation for a few days after their arrival in the area. That is why people planning a tour of Ladakh are advised to spare a few days for acclimatization. However, since not many visitors are out for a Ladakh leisure tour, most people ignore this extremely important aspect of the trip. For such people carrying an oxygen cylinder on their Leh Ladakh trip can prove to be a life-saving decision. 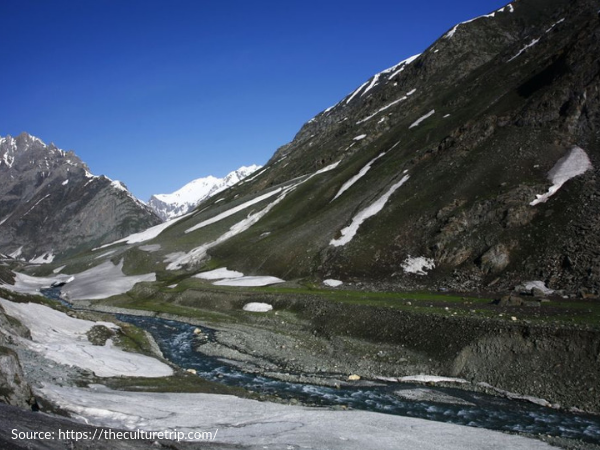 Dras, also known as ‘The Gateway to Ladakh’, is situated in the Kargil District of Jammu & Kashmir. This city lies at an elevation of 3280 meters above sea level and is recognized as the second coldest inhabited region in the world, following Siberia. Situated at a distance of approximately 62 km from Kargil, the site where the war between India and Pakistan in the year 1999 took place, Dras is a prominent tourist attraction. Other than Ladakh, Dras acts as a gateway to other famous hill stations and cities of Jammu & Kashmir as well. This intensely beautiful and coldest Himalayan pass is like none other.

For a travel enthusiast, a road trip to Kargil through Dras should be on his/her bucket list. Also, Dras is the primary village of Zoji La Pass, and hence, it is a host to numerous treks viz. trek to Suru Valley, Mushko Valley Trek, and Saliskote. 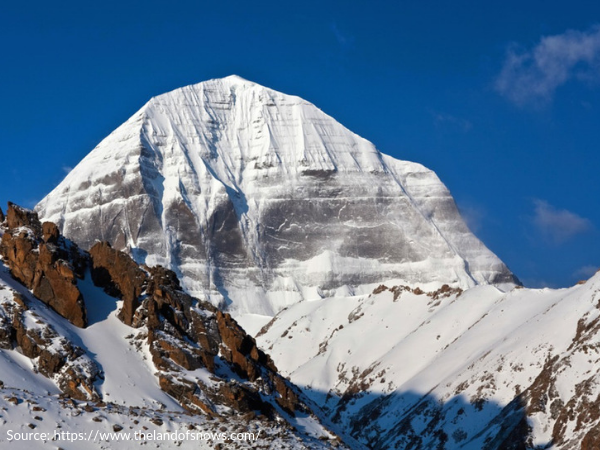 Standing tall at around 22,000 feet, Mount Kailash—known to be the abode of Lord Shiva—is amongst the world’s most revered holy places. A peak in the vast Kailash range, Mount Kailash is a part of the Transhimalaya in Tibet. Courtesy its high altitude and remote location in western Tibet, only a few thousand pilgrims are able to do the Kailash Mansarovar Yatra each year.

TAR(Tibet Autonomous Region) is considered to be a region with the cool climate making the people living there wearing varied layers of clothes. It is known to have a harsh climate and during the wintertime, the temperature here goes below minus 30̊F and on the other hand, it goes above 100̊F during the summertime. The Tibet Autonomous Region is a highly dry spot with the hot and cold climate reaching the extreme accompanied with the thin air as well as the sunshine from the high elevation.

The higher you ascend above sea level, the thinner the air gets and less oxygen is available for you to breathe. Mountain climbers know this and will take oxygen equipment with them when they are climbing to altitudes near 10,000 feet, which is where the lack of oxygen starts to get dangerous. When we do not get enough oxygen, especially when our bodies are being pushed to the limit (like during mountain or rock climbing), we can become very ill. You should consider carrying portable oxygen cans. If you start having breathing problems, you must immediately descend. You can get portable oxygen cans at Medical shops. Your hotel can also arrange if necessary. If unused, they can be returnable but the refund is usually partial.

MyOxy provides India’s first FDA approved Medicinal Grade Pure Oxygen I.P. 99% in light-weight and safe disposable can which is easily available at any medical store and can be used in case of low oxygen level in the body.

There might be several situations when having an oxygen cylinder handy might prove to be extremely useful. The most common of these situations are discussed in brief as follows.

While traveling with kids or elders: For people planning to undertake a tour with small children or even elderly companions, carrying oxygen can prove to be a boon. This is because children tend to exert themselves in the same manner at such high altitudes as they will do at their native places. This can easily lead to a feeling of uneasiness and even breathlessness. In the case of the elderly people, the high altitude affects their respiratory system more deeply as compared to younger people. In both these situations having oxygen can nearby prevent a major emergency.

While exploring remote areas: The most beautiful areas in hilly areas are generally situated in remote areas which are not easily accessible. Most such areas lack even basic medical facilities, so participants planning a tour to such high altitude areas can sure feel much safer by carrying oxygen can along with them. The rarity of oxygen in the air increases proportionately with the remoteness of an area and this, in turn, enhances the risk of breathing problems for travelers, which can be easily avoided by carrying an oxygen can.

While planning a tour in rush: It is not uncommon for people to plan a tour in a rush, leaving them with little time for acclimatization. In such situations, renting oxygen can help the participants avoid the risks associated with ill-planning their tour.

High Altitude
Trekking on your mind? Don’t forget to carry MyOxy oxygen can with you.

High Altitude
How to prevent Altitude Sickness in Trekking?

High Altitude
Altitude sickness can spoil a vacation: Here’s what to do